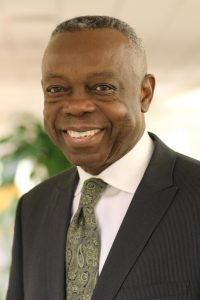 Celestin Monga is the Vice-President and Chief Economist of the African Development Bank Group. He has held various board and senior executive positions in academia, financial services, and international development institutions, serving most recently as Managing Director at the United Nations Industrial Development Organization (UNIDO), and Senior Economic Adviser-Director at the World Bank. Prior to these assignments he was Manager in the Bank Nationale de Paris Group, a member of the Board of Directors of the Sloan School of Management’s Fellows Program at the Massachusetts Institute of Technology (MIT), and taught economics at Boston University and the University of Bordeaux. He currently also serves as a pro bono Visiting Professor of Economics at the University of Paris 1 Panthéon-Sorbonne and Peking University. Dr. Monga has published extensively on various dimensions of economic and political development. His books have been translated into several languages and are widely used as teaching tools in academic institutions around the world. His most recent works include Beating the Odds: Jump-Starting Developing Countries (Princeton University Press, 2017), with Justin Yifu Lin; the two-volume Oxford Handbook of Africa and Economics (2015), co-edited with J.Y. Lin; and Nihilism and Negritude: Ways of Living in Africa (Harvard University Press, 2016). Dr. Monga holds graduate degrees from MIT, Harvard University, the Universities of Paris and Pau.