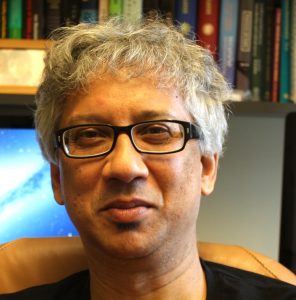 Debraj Ray is Julius Silver Professor in the Faculty of Arts and Science and Professor of Economics at New York University. He received his BA from the University of Calcutta and his PhD in 1983 from Cornell University. He is a Fellow of the American Academy of Arts and Sciences, a Fellow of the Econometric Society, a Fellow of the Society for Advancement of Economic Theory and a Guggenheim Fellow. He holds an honorary degree from the University of Oslo. He is a Co-Editor of
the American Economic Review.
Among Ray's teaching awards is Dean's Award for Distinguished Teaching at Stanford and the Golden Dozen teaching award from New York University. Ray's textbook, Development Economics (Princeton University Press) was described by the Chronicle of Higher Education as "a revolutionary textbook that takes the field by storm".